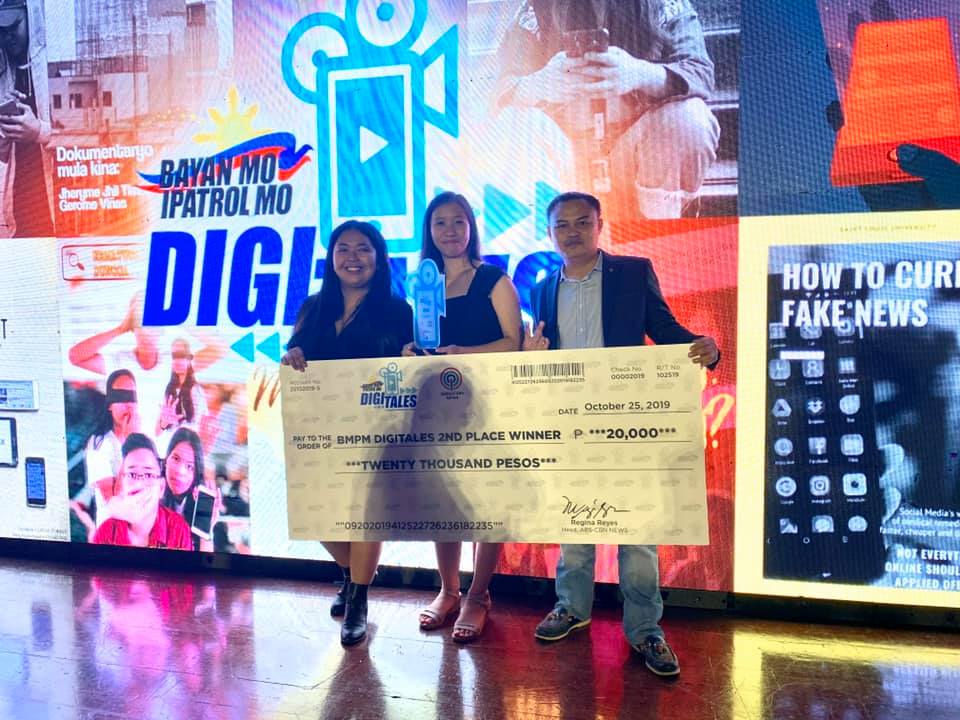 Among the 50 entries from the different universities all over the Philippines, their mobile documentary entitled “Kamatuoran Na Sab Ang Dungga” made it to the top finalists, and the only entry coming from Visayas and Mindanao. With the tagline of “Tuklasin, Alamin, Mamulat at Maging Alerto!”, these film students wanted to deliver the truth that will serve as a light for others and combat the disinformation that is timely and relevant to our modern society.

“This mobile documentary contest is part of ABS-CBN’s effort to promote news literacy. It is Bayan Mo, Ipatrol Mo’s contribution to the war against disinformation. The truth is being attacked especially on social media that is why we must protect it,” Rowena Paraan, Head of Bayan Mo, Ipatrol Mo said.

Digitales is a mobile documentary contest that aims to combat disinformation online which was created by ABS-CBN’s Integrated News and Current Affairs and in partnership with UNESCO and the Asian Institute of Journalism.

With the theme “Gusto Ko Tama: Fighting Disinformation in Social Media,” the competition aimed to showcase the skills of college students and other universities nationwide in producing a 5-minute documentary with the use of mobile phones only from the pre-production up to the editing.

The produced documentaries would be used for BMPM’s campaign to fight the spread of fakes news and disinformation and promote media literacy among Filipinos. (Lyngil Olivar, BA Comm Film Media 1)