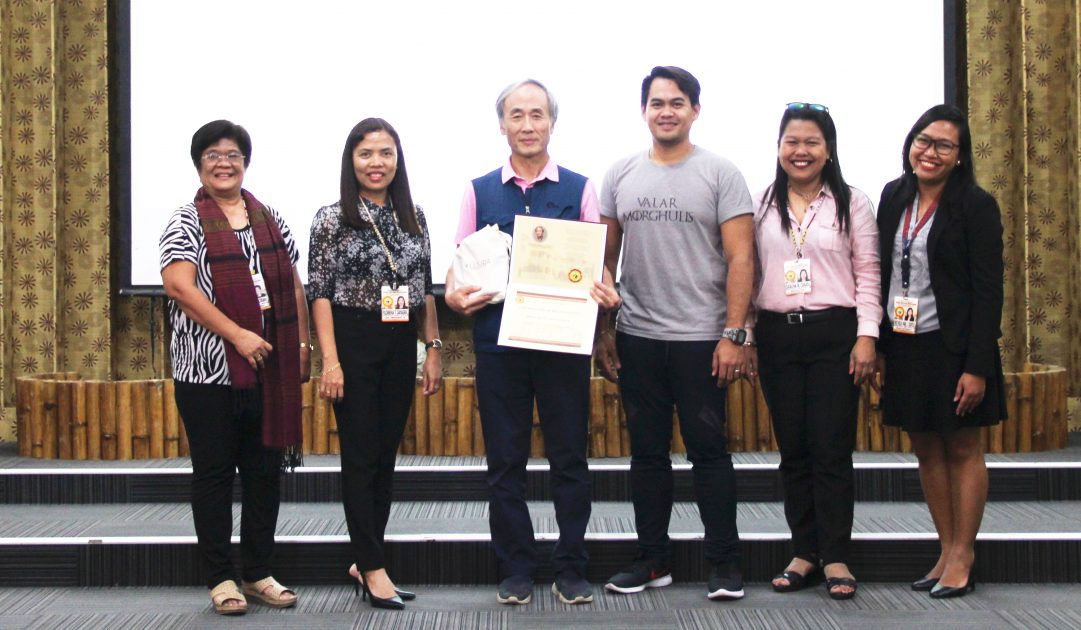 It feels great to be able to find one’s niche and do what you like most because it gives you satisfaction or gratification.

Dr. Kong Hwan Kim, even reaching the age of 70, still chooses to continue doing volunteer service in teaching after retiring from Ajou University College of Engineering in South Korea. He has been a professor for 35 years before retiring five years ago and has continually been active in volunteer work.

He has stayed in Cebu Normal University (CNU) as a volunteer Professor teaching Korean language for more than a month starting on January 21 until the last week of February 2020.

Prof. Kim said that he has done the volunteer work roughly 13 times in different countries like Mongolia, Thailand, Cambodia, but has frequented Nepal, Laos, and Vietnam four to five times during the last four years.

He does his volunteer work by sharing his knowledge in Korean language or his expertise in Engineering.

“I decided to, you know spend the time more meaningfully rather than just fondly seeking life… so I decided to share what I know,” he said.

“I was so inspired from the activity. I found the one I really like,” he said.  He said that after the experience he has continued participating in overseas volunteer work every time he had an opportunity.

“I cannot really stop anymore. I have to keep going like this, you know. I cannot think about anything else, yes, because you know, I feel more happier [sic] if I do teaching like this and I can see all the smiles from the students they show me, all the love…,” he said.

Prof. Kim said that he usually spends one month to six weeks of volunteer work using his own personal money coming from his pension and afterwards goes back home to Korea to recuperate. He said that his family is supportive with his decision.

Prof. Kim taught Korean language as part of the elective subject of some college students in CNU. He said that teaching them gives him a youthful vibe.

“I pick up more energy from them,” he said.

He has also provided more discussions on Korean language to interested students and non-teaching staff of CNU. Prof. Kim has also conducted a Lecture on Emerging Trends in Food Processing on February 15 which was attended by CNU graduate students.

As a way of gratitude for his selfless service, he was paid tribute and entertained through the performances of CNU Chorale and CNU Dance Troupe during the culmination of Language Learning for Global Understanding which took place last Friday, February 28 at the CNU Tandang Sora Hall that was organized by the External Affairs and International Linkages (EAIL) Office. (JDF)