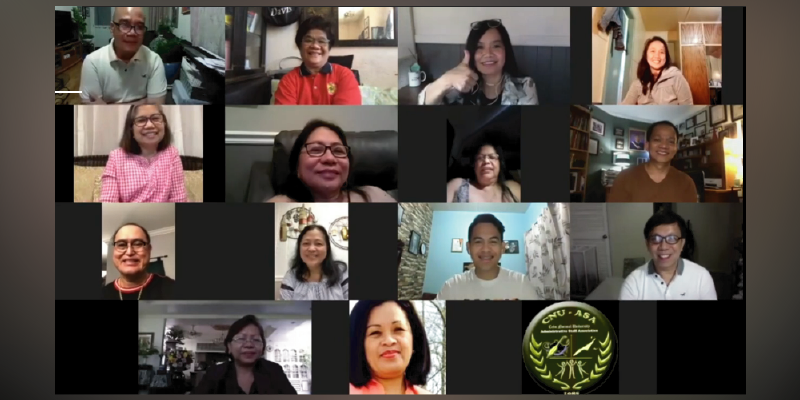 Former Cebu Normal University (CNU) faculty members from across the globe shared their experiences and how they adapted to the new normal as they gathered virtually (for the first time in so many years) to commemorate the 118th founding anniversary of the institution.

A session called CNU Family Interaction featuring the former educators of CNU who are now based in different counties across three continents was live-streamed last Saturday, June 27 at the CNU Public Information Office (PIO) Facebook account.

“Cebu Normal University is a home for successful educators, a home for topnotchers, and it offers high-quality education that prepares students to be globally competent,” Villanueva said as something she will always remember about CNU.

She said that she is thankful to have worked with competent teachers who prepared her to be successful in her teaching career abroad.

“I was very happy when I got the chance to become part of the faculty which is a way for me to give back to how CNU has shaped and molded me as a professional,” Nalam said.

Nalam is also an alumna of the University where she finished her elementary, high school, and graduate studies. She is currently teaching in Manitoba, Canada.

Lopez said that it was tenacity that made her survive for 15 years now in a foreign land. She said that she would have succumbed to pressure and would have easily gone back home had it not been because of her experiences in CNU.

Lopez admitted feeling guilty for leaving the University and shared that she would join programs that are still connected to the country. She has now considered herself as part of those who helped float the economy of the Philippines.

Dr. Bibiana Isok, CNU Faculty Association Incorporated (FAI) President, who convened the session said that had she been the administrator back then, she would have stopped the teachers from leaving. But she also said that it was also a way of giving chance to others which the former teachers agreed.

Adjustment to the ‘new normal’

Dumangas, who is a teacher now in South Korea said she does a lot of activities, homework, and assignments now that everybody has entered this ‘new normal’. She also shared that what is nice is that they have a system where they could just upload their lessons in video format for the students to watch.

Abaquita, who now teaches in Australia said they make use of web-based software also but are already back to the face-to-face mode of instructional delivery.

Nalam said that it was not a difficult transition for them in Canada because they have already been practicing blended learning. She said that they have a portal where teachers can input their exams in different types.

Nalam said that CNU has exemplified “the real essence of brilliance, significance to community, and excellence” and for that she will remain proud as a Normalite.

Bachinela congratulates the University for keeping stronger each year through the numerous accomplishments it has achieved locally, regionally, and nationally. She said it looks like CNU is going international also.

Gil said that everything he is right now – as an educator and as a person – he owes it to CNU. He said that it is a great pleasure to be a Normalite and to be a professor of CNU.

“You are indeed a capability-builder and all those times that we were there, you built us up. People all over the world always remember CNU and what we got from there,” Lopez said.

A recording of the CNU Family Interaction can also be viewed at the CNU PIO official YouTube channel. (JDF)