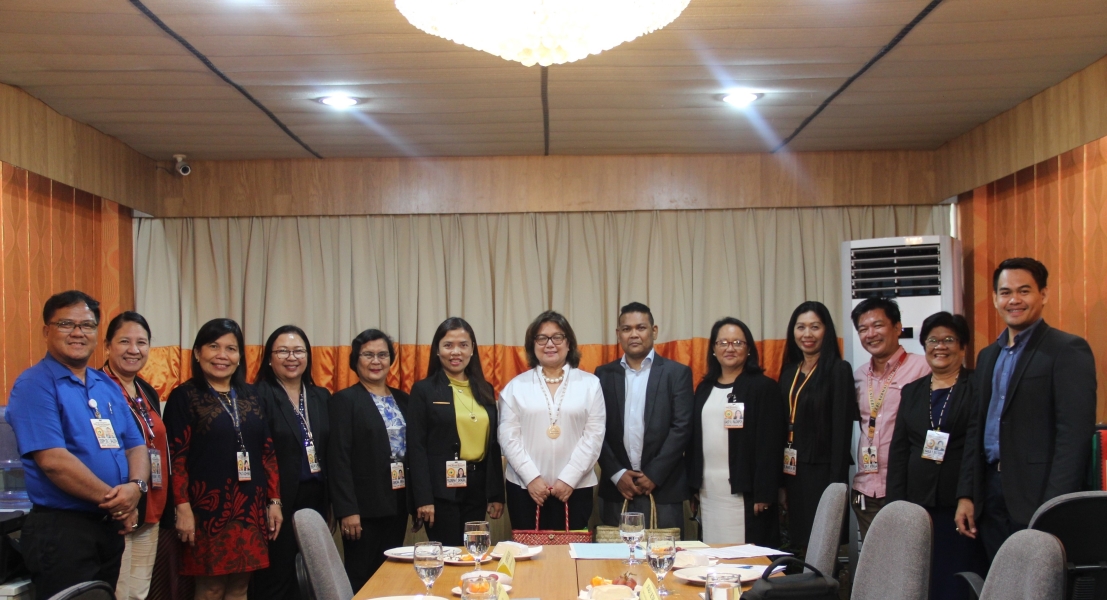 The discussions involved how to better commemorate the 500th year anniversary of the first circumnavigation of the world which was led by Ferdinand Magellan, a Portuguese who died in the Philippines and was continued by Juan Sebastian de Elcano.

Feria shared her aims of promoting Magellan’s legacy to the Philippines and to propagate Philippine historians’ take on Magellan. She said that the goal is not only to honor Magellan but to put into narrative who Magellan was in Philippine history relative to Rajah Humabon, Lapu-Lapu, and the Sinulog.

Feria said that they have been creating ways to promote Magellan’s work across the globe including: Network of Magellan Cities – fostering relations to cities where Magellan and his comrades have visited during the expedition that includes Cebu; Magellan Network of Universities; and Agreement on Tourism Promotions.

CNU Director for External Affairs and International Linkages (EAIL) Naila Beltran shared the hopes of having opportunities for faculty exchange, staff exchange, increase of visiting scholars and lecturers, short courses, and research conferences among others after presenting CNU’s partnerships with other countries.

CNU President Dr. Filomena Dayagbil also shared the possibility of including the Portuguese language in the Tourism curriculum as an elective along with the existing Spanish and Korean, and to incorporate the relevance of Magellan in the Philippines’ history through art appreciation as suggested by Feria.

Feria said that she dreams to bring Sinulog to Lisbon, Portugal in 2021. (JDF)