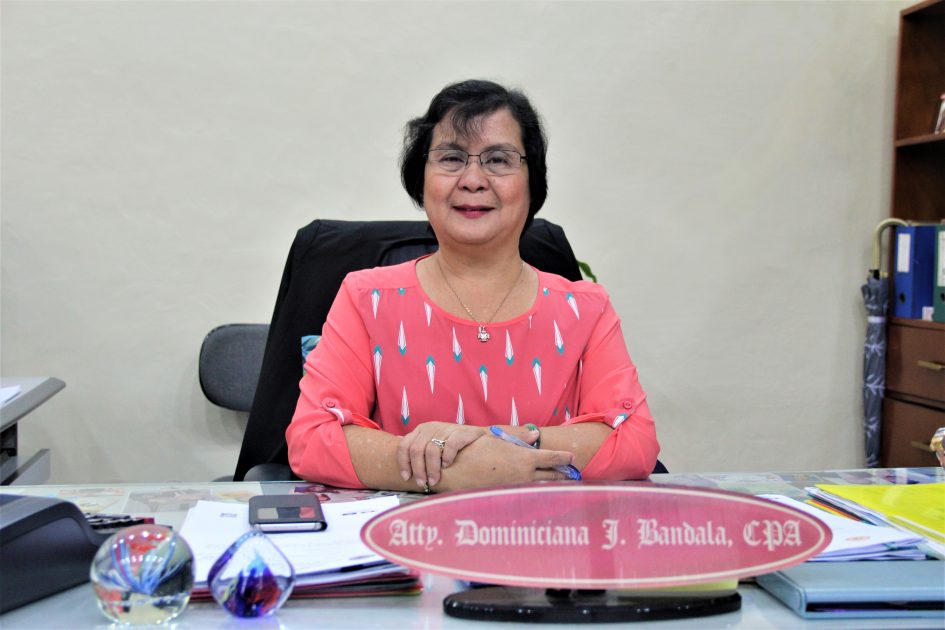 “Thank you to all the people who have touched my life. You have made a mark in my heart.”

This is what Atty. Dominiciana J. Bandala, Cebu Normal University (CNU) Vice President for Administration and Chief Administrative Officer-Administration said as part of her parting message as a retiree after serving in the University for 41 years.

A virtual program called Salamat Mabuhay was held on Friday, July 17, to show gratitude for the long period she has served in the University which contributed to the growth of CNU and the entire Normalite community.

The online gathering was organized by the Human Resource Management Office (HRMO) in collaboration with the Information Communications Technology Office (ICTO) of the University.

The event was attended by current and former members of the CNU Administrative Council and administrative personnel.

To show their appreciation and gratitude to the retiree, messages and presentations including song and dance numbers were rendered by various members of the CNU community whom Bandala has considered her colleagues, friends, and family.

Dr. Filomena T. Dayagbil, CNU President, likened Bandala to a strong pillar of the University who has the ability and strength to support the structure to keep the University upright and intact.

Dayagbil said that the retirement of Bandala has given mixed feelings of emptiness for the void that she will be leaving behind and at the same time, gratefulness for the things she has done for the University.

Bandala has assisted in the infrastructure project pursuits of the University like the Teaching Arts Centrum (TAC) building, University library, the soon to be completed Academic Center for Arts and Sciences Building, and more, Dayagbil said.

Bandala was the first loyalty awardee of the University who received a gold ring for reaching 35 years of government service. She also received another gold ring after serving 40 years in CNU. She is also the first Authorized Officer (AO) designated by Government Service Insurance System (GSIS), the first administrative staff to be designated as Vice President for Administration (VPA), and the first CNU employee to be given a Salamat Mabuhay online retirement program.

She considers these as four historical events in the University where she had the privilege of enjoying first.

“As I embark on a new chapter of my life as a retiree, I hope the friendship I have developed in Cebu Normal University will continue in the future. I will surely miss being a part of the CNU team.” Bandala said.

Bandala was given a plaque for her valuable contribution to the growth of CNU in sustaining excellence and cultivating significance. (JDF)