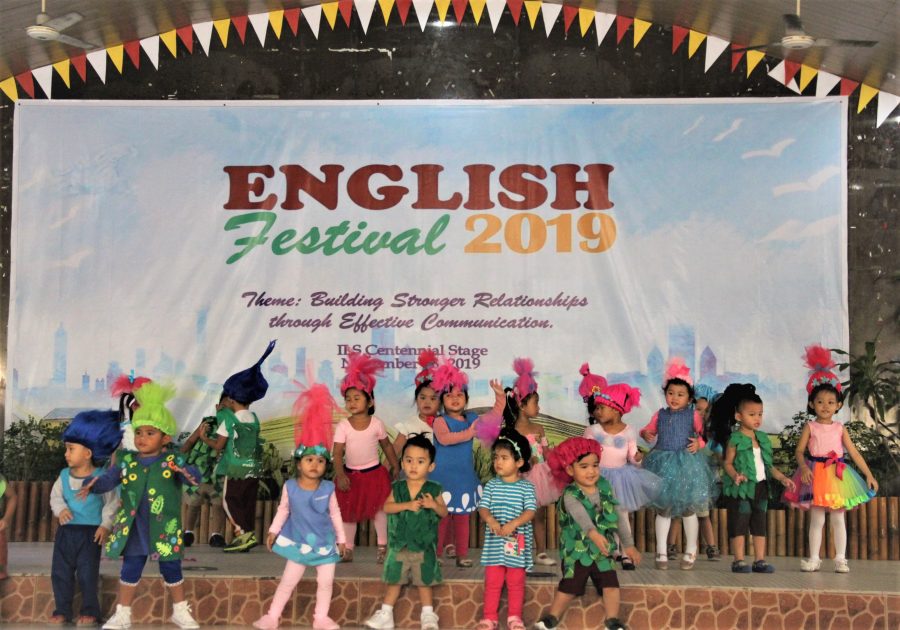 Alluring words matched the striking costumes worn by Integrated Laboratory School (ILS) students from pre-school to high school as they celebrated the English Festival 2019 to culminate the English Month celebration.

Mr. Renan Elcullada, ILS Supervisor reminded the students the value of listening in relevance to the theme as he figuratively exemplified that when both right and left ears are combined, it forms a heart shape.

He also encouraged the students to use what power they have as an advantage and to respect their elders, parents, teachers, and student interns as they impersonate different characters with superhuman abilities.

Mr. Jeromil Enoc, ILS Faculty also imparted the knowledge that there are 171,476 English words in current use and reminded the students that aside from showcasing their English skills and talent, they should be able to know and use the right words, and to listen more to achieve effective communication.

Students from pre-elementary to grade six paraded as they wore costumes inspired by different cartoon characters in the morning. Pre-elementary students then afterwards had classroom activities including storytelling, reading, and poem recitation.

Elementary students from grades one to three participated in a Costume Play (Cosplay) Competition where students were asked to dress and look like any character from a movie, cartoon, or literary work and are made to deliver a line or two about the character.

A Disney Stage Play Competition was also participated in by grade four to six learners where each class was asked to pick a Disney movie to portray a three- to five-minute scene utilizing costumes and sound effects.

The high school students competed in four categories, namely Mythological Fete – A Celestial Fashion, Glam Team, Mythical Voice, and Poetry Offering after another batch of pre-elementary students paraded before the start of the afternoon program.

Two pairs from each grade level in high school personified different gods, goddesses, demigods, or mythological characters in the Mythological Fete and were asked to deliver an introduction or monologue of the character they are representing. The pairs were asked to wear two sets of costumes, a day garment and a night attire which were designed and created by the Glam Team.

As representatives walk on stage, participants of the Mythical Voice described the design, material, and function of the costume and props of the character through narration. Participants of the Poetry Offering also delivered their memorized poem as an offering to the gods.

Winners of the different competitions were then awarded along with the high school students who joined the Editorial Writing, Essay Writing, Photojournalism, and Editorial Cartooning done during a Press Conference as one of the highlights of the month-long English Festival celebration. (JDF)