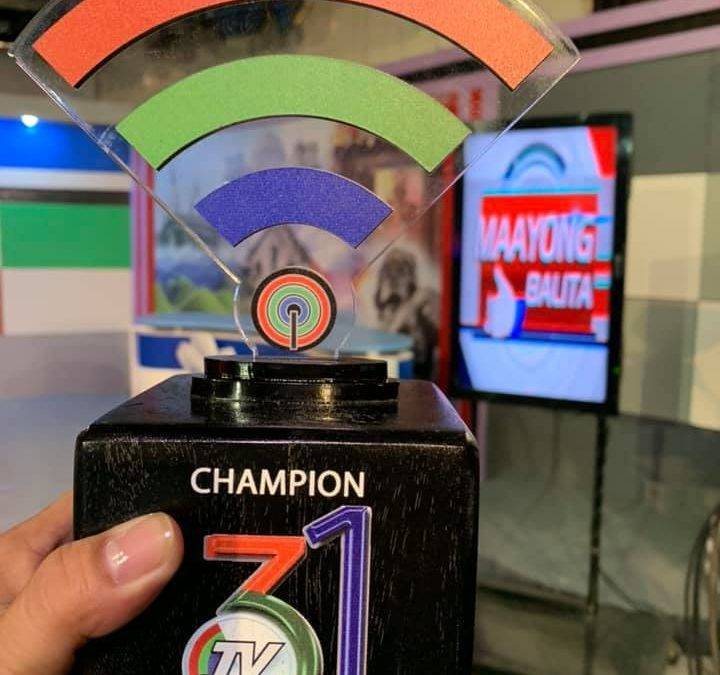 IT WAS sweeter the second time around.

For the second straight year, students from Cebu Normal University’s Department of Communication and Media Studies (DCMS) outperformed teams from five other schools in Cebu City as they dominated the Campus Patrol, a TV newscasting competition of local network ABS-CBN Central Visayas on August 29, 2019.

CNU’s victory came unexpected and humbling for the team as they only practiced their act for less than two weeks.

“I cannot say we were a hundred percent ready; maybe 75 percent. We are second year students and we are not good in writing news yet. But thanks to our mentors, we were able to pull this off,” said broadcast journalism student Wilma Elicano, who served as the team’s floor director.

This year, the team focused on both content and delivery. Also part of the strategy was to come up with a script in which the intro and extro would have an impact on viewers and judges. Held annually as part of ABS-CBN’s founding anniversary celebration, Campus Patrol is envisioned to become a stage that discovers the talents of the future faces of Philippine broadcasting landscape.

CNU’s newscast presented a hypothetical series of killings in Cebu and related stories — from the local angle on the latest killing to the comments of the Church and the congressional inquiry called by the Senate.

Sought to comment on the performance, Asutilla, desk editor of TV Patrol Central Visayas and chairman of the board of judges, praised CNU’s content and good line-up of stories.

“Scripts were short and all the important details were there, very comprehensive. Cebuano words were used properly in each story, which is very important in newscasting, in a Cebuano newscast,” she said.

Asutilla likewise lauded how the reporters and anchors were very confident on stage and stood up there like professional communicators. She said they also spoke Cebuano fluently and proudly “with proper phrasing and without sing-song tone or over modulation.”

“Third, it was obvious that they competed as a team, in sync. They followed the rules,” she added.

In a practice session before the competition, Tubilan advised the team to not only work on their delivery but also on the message of their newscast.

He also reminded them to always use simple language that can easily be understood by viewers.

“We’re so happy with this feat because Cebu Normal University is now really on the map when we talk about communication and journalism instruction in Cebu,” Tubilan told SMITE publication.

The chairman likewise vowed to continue strengthening the academic programs of the school related to journalism.

But for some team members, the road to the championship was not a smooth-sailing ride.

Cabañog, one of the field reporters, said that at some point, the team had to make decisions that could somehow hurt members, such as relegating them to being production personnel instead of appearing “on-cam.”

Nevertheless, she said the group managed to rise above these challenges by accepting criticisms constructively and by thinking that everyone has a role to play.

“We made sure that everyone will understand that each one is really a part of the team,” she said. The Team CNU Campus Patrollers and their winning performance. (Photo by Ang Suga)