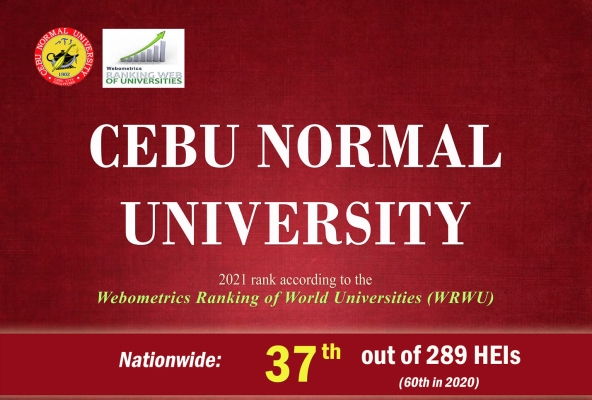 Out of 289 universities in the Philippines, Cebu Normal University (CNU) placed 37th in the 18th publication year of the Webometrics Ranking of World Universities (WRWU).

The WRWU is a ranking system for universities, which utilized composite indicators that takes into account the webometric and bibliometric indicators of Higher Education Institutions (HEIs) in aiming to improve their presence on the web and to promote open access publication of scientific results.

This is an initiative of research group Cybermetrics Lab, belonging to the largest public research body in Spain, the Consejo Superior de Investigaciones Científicas.

CNU was also recognized as the top ranking state university in the country by the Accrediting Agency of Chartered Colleges and Universities in the Philippines (AACCUP) last year.