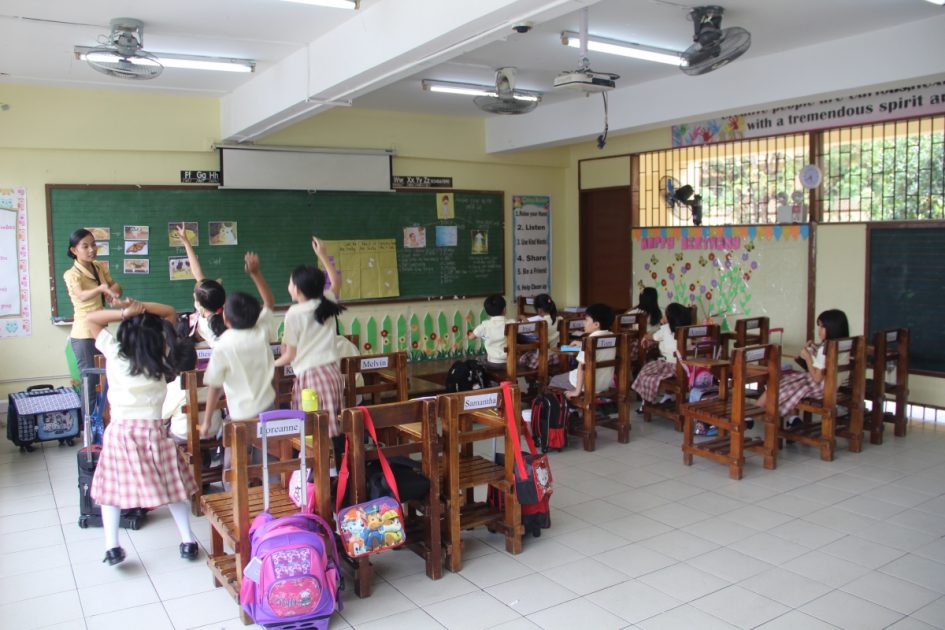 Cebu Normal University (CNU) precedes mandated teaching strategies as the only laboratory school in the entire Philippines that trains multigrade student interns to equip future educators on how to teach students in an unconventional way.

According to Mrs. Imelda Montalbo, multigrade Student Teaching Mentor (STM), CNU is the only academic institution in the Philippines that has incorporated multigrade in its laboratory school after Philippine Normal University (PNU) and other schools have stopped integrating it in their curriculum caused by its decreasing demand in highly urbanized cities.

Multigrade is an education method where a teacher conducts classes to primary students of multiple grade levels in a single classroom. It is applicable to schools located in far-flung or mountainous areas where school teachers are scarce and are forced to teach many grade levels simultaneously.

In support to the Multigrade Program of Philippine Education (MPPE) Omnibus Policy of the Department of Education (DepEd) and Commission on Higher Education (CHED), CNU next year will formally add a three-unit multigrade course in the curriculum of students taking Bachelor of Elementary Education during the second semester of their 3rd year in college.

CNU has started to incorporate multigrade in its Integrated Laboratory School (ILS) since 2002 where student interns are handpicked to teach a multigrade class of grades 1 to 3.

Now, it has been reduced to two grade levels (grades 1 and 2) after practicing the combination method of DepEd.

In the past, student interns assigned for multigrade were given orientation and field study before the actual training but in the new curriculum, all students will be taught multigrade regardless if they will be handling monograde or multigrade during their internship period.

Judilyn Fuentes, a multigrade Student Intern, said that it is good to include multigrade in the curriculum. She said that multigrade classroom management is challenging and student interns who would go through it would become hardworking afterwards.

Montalbo said that the instruction of multigrade is beneficial since most teachers will teach in remote areas. It will also provide good teaching experience and prepare student interns not just for monograde. She said that many teachers who have undergone multigrade internship have expressed their gratitude after being assigned in far-flung or mountainous areas.

Shejanie Camposo, a multigrade Student Intern who is a product of multigrade herself, mentioned that she now realizes the effort of her former multigrade teacher and is proud that her teacher had endured handling multiple grade levels at once with about 20 to 30 students per class in the mountain region without electricity.

Adielyn Caitor, a multigrade Student Intern, said she would consider practicing multigrade after college but would also put into consideration her health and safety.

Montalbo recommends other Higher Education Institutions (HEI) and State Universities and Colleges (SUCs) to bring back multigrade in their laboratory schools to train more student teachers to be ready for the actual field. (JPF)