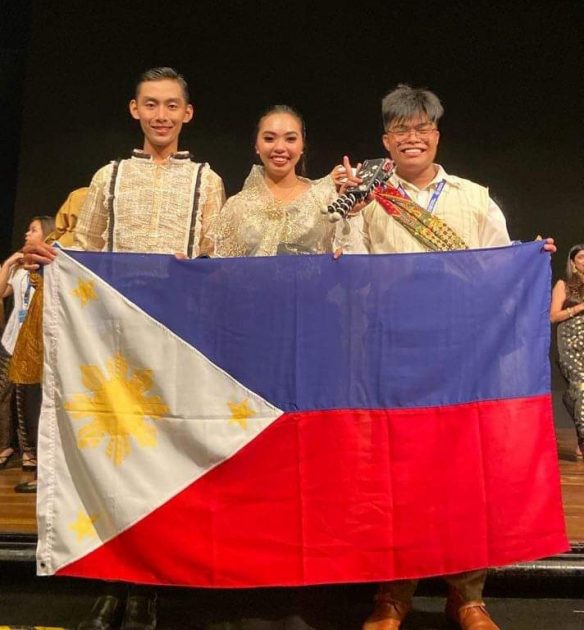 Three college students from Cebu Normal University (CNU) took part in an international conference that enabled them to hone their diplomatic, public speaking, and debate skills together with young leaders across the globe discussing world issues and the possible ways to solve them.

These students are Margarito Leonard Roy Roldan, Shella Carpina, and William Jefferson Granzon. All of them are first year college students who represented the Philippines at the Asia Youth International Model United Nations (AYIMUN). They are also the first representatives from CNU to participate in AYIMUN.

AYIMUN is an annual conference organized by the International Global Network which started in 2017. AYIMUN is on its fourth year now with the theme Global Diplomacy Amongst the Sovereign Nations. The conference was held on February 15-18, 2020 at Kuala Lumpur, Malaysia.

AYIMUN aims to provide an avenue for young individuals who aspire to be future diplomats where participants are given simulation of how United Nations (UN) conduct their general meetings. Delegates coming from different countries across the globe convene to discuss international issues and policies, and try to solve them by drafting and passing resolutions scrutinized in a committee session.

Each delegate is assigned to a specific council and is then asked to make a proposition to a specific topic being given. A moderated caucus or formal debate and an unmoderated caucus or informal debate then take place. Three delegates in each council are then recognized by the Chair for Best Verbal Commendation, Best Delegate, and Best Position Paper.

Carpina, a BA Communication student who major in Broadcast Journalism represented Ukraine under the council of World Health Organization (WHO) with a research discussion on “Addressing Mental Health Issue as Indispensable International Concern”. She was also awarded Best Verbal Commendation from among 184 delegates in WHO.

Granzon, also a BA Communication student who major in Broadcast Journalism represented Botswana under the delegation of United Nations Children’s Fund (UNICEF) with the council topic on “International Action to Protect Children from Cyber Bullying”. They were composed of more than 140 delegates in UNICEF.

All three of them applied as independent delegates and sought the assistance of their relatives and friends for funding.

Carpina said that this is her third attempt in joining a Model United Nations (MUN) conference but the first successful one due to financial constraints in the previous two. She applied AYIMUN in June 2019 and was accepted on October 2019.

“The whole experience was unforgettable for me because it has been my childhood dream to represent the country and to travel as well,” Granzon said.

“It is also unforgettable for me because I was able to create bond and friendship with delegates from other countries also,” Granzon added. (JDF)