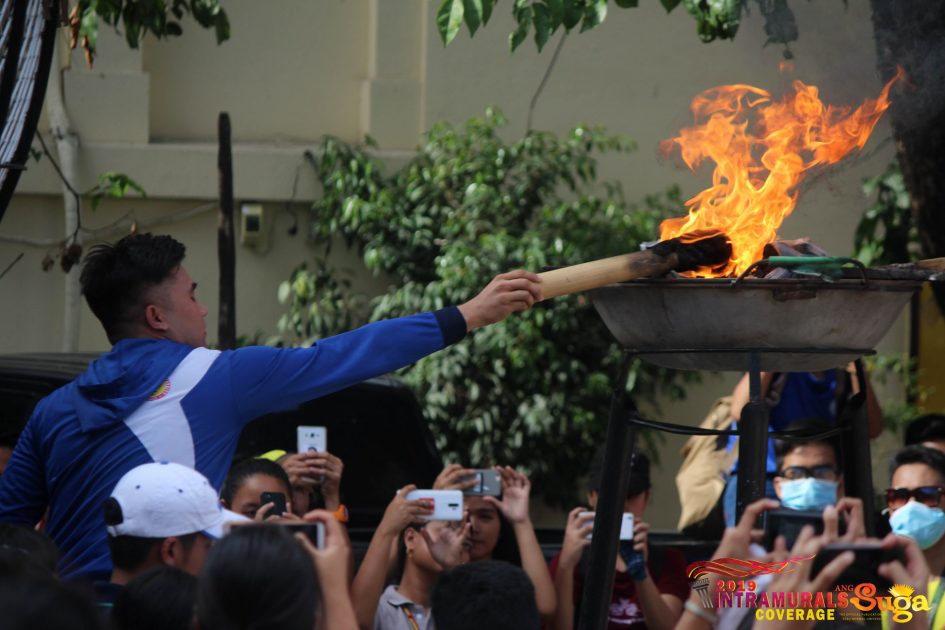 Despite the lack of budget brought upon by the implementation of free tuition fees within state universities, Cebu Normal University (CNU) launches its annual Intramural Games with fury and fires, along with the cancellation of Cultural Festival.

Though next year’s Intramurals would mainly focus on Cultural Festival, Ibañez said that the involvement of sporting events will still be realized, as mandated by the university’s calendar of activities.

“We have a difficulty in terms of financial requirements for the conduct of the Intramurals 2019, but we realized that this is not an activity that we should take for granted,” said CNU President Dr. Filomena T. Dayagbil in her opening speech, during the opening ceremony held at the Centennial Stage this afternoon.

Dayagbil also stressed out that the inclusion of this year’s Intramural Games will develop teamwork, sportsmanship, and fellowship among the students and break barriers which paved the way to achieving holistic development, which stays true to this year’s theme: “Breaking Barriers and Achieving Excellence through Sports”.

Despite the financial challenges behind the annual event, the College of Teacher Education (CTE), College of Arts and Sciences (CAS), College of Nursing (CN), CNU Medellin, and CNU Balamban managed to showcase their team spirit through performing their respective saludos and presenting their candidates for Mr. and Ms. CNU 2019.

The battle for this year’s crown started off with a bang, with CNU Medellin ending up taking all of the special awards, which are the Best in Saludo, Most Disciplined Unit, Most Colorful Delegation, Biggest Delegation, and Most Lively Unit.