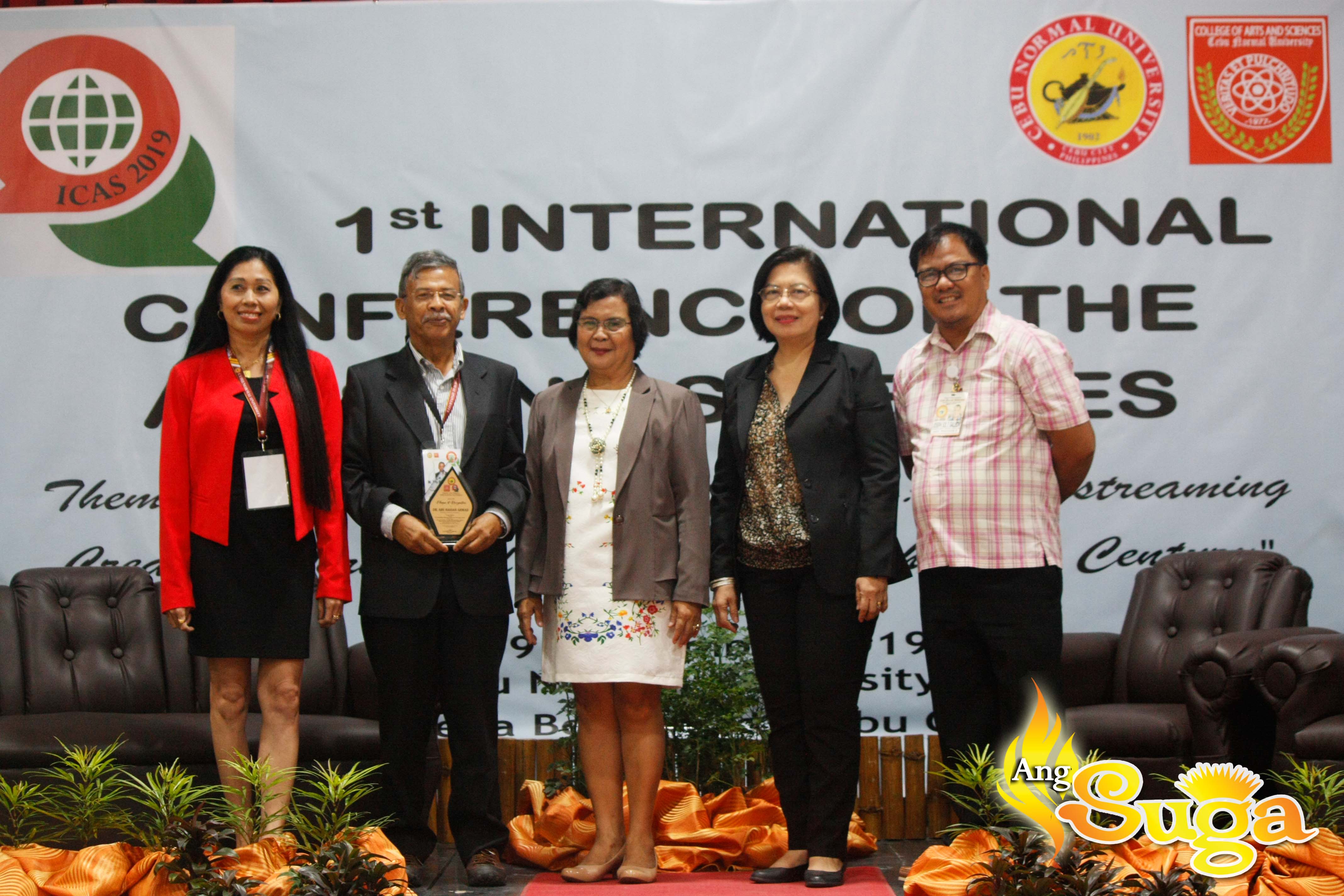 The conference opened with the theme, “Arts and Sciences Converge: Mainstreaming Creative Works and Innovations of the 21st Century,” centralizing on the unification of both fields.

Dr. Daisy R. Palompon, Vice President for Academic Affairs, did the honor to give the welcoming speech in behalf of CNU President Dr. Filomena T. Dayagbil, stating that the event was three years in the making.

Palompon furthered that the College of Arts and Sciences (CAS) was challenged to come up with a multi-disciplinary research conference. This, in return, will create a broader perspective for the delegates.

The keynote speakers, Dr. Liza Perante-Calina, President of Philippine Society for Public Administration (PSPA) and Dean of Development Academy of the Philippines (DAP) Graduate School; and health psychologist in California, USA, Dr. Raul Calderon shared about co-creation of knowledge and maximizing the outcome and potentials of the teachers, respectively.

The discussion was then followed by parallel sessions in clusters.

The second cluster, on the other hand, had a separate talk about Natural Sciences, Mathematics, and Physical Education at the Eva Macapagal Memorial Arts Center featuring mechanized farming, effects of sugar consumption, and toxicity evaluation of white spike heads.

Meanwhile, the third cluster, lead by Mr. Alexis Deodato Itao, remained at the auditorium, for a discussion about Humanities, Philosophy, and Social Sciences. This featured topics regarding economics, capitalism, Cebuano music, and homosexuality.

During the second day, keynote speaker Dr. Abu Hassan Ahmad, an honorary professor at the School of Biological Sciences, Universiti Sains Malaysia, presented his study about mosquitoes and mosquito-borne diseases.

In an interview with Ang Suga Publication, Ahmad said, “My research is beneficial to the study of mosquito aegis because [the] Philippines has [a] big problem with dengue… This small insect has killed more people than any other animal.”

During the second day, awards were given to the most outstanding presenters for each cluster.

For Language, Literature, and Communication cluster, Ms. Reya Mari Veloso from the University of the Philippines – Los Baños, presented her study, “Unearthing Young Adult Literature: A Content Analysis of Zines from Philippine High School for the Arts.”

On the cluster of Humanities, Philosophy, and Social Sciences, Cebu Normal University’s Ms. Elena Lozano, “Toxicity Studies of Pyrethroid and Carbamate Insecticides against Papaya Mealybug Reared in Cassava and Papaya” secured her win as best presenter.

According to Palompon, CAS plans to more conferences of ICAS in the future.