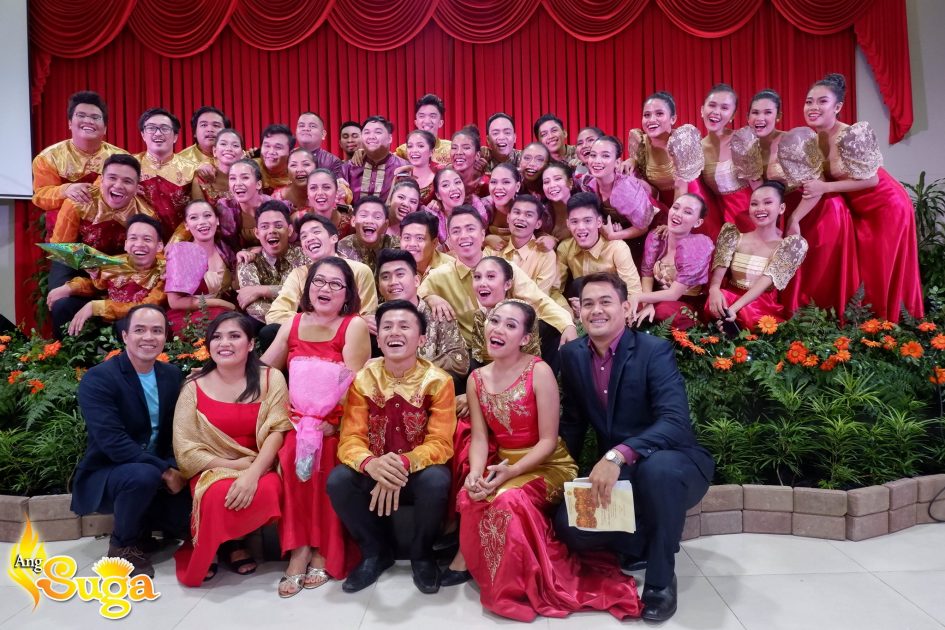 With a few days left for Christmas, hearts are filled with excitement and joy. Preparations are in full swing, and carols fill the cool yuletide wind.

The real essence of Christmas was made felt by the angelic symphonies of the Cebu Normal University – Chorale (CNU-C), warming the seventh floor of the Teaching Arts Centrum (TAC) building with joyous merrymaking on the first night of December.

Carols and cheers rekindled the audience’s spirits, and so did chorale’s solidarity as the night brought together its past and present members on stage.

Professor Darlane A. Yap, Director of CNU-C,
shared that the inspiration of the concert called “That’s Why He Came” was taken from the chorale members’ idea of Christmas.

“We have this [concert] because we want to launch the students […]. I made it a point nga rather than crab mentality, it’s the ‘bayanihan’ that we are doing so that we can maintain CNU-C,” Yap shared.

In medleys of yuletide serenades, the exemplary upbringing of both old and new generations of CNU-C showed their unwavering passion, talent, and shared love of music.

None had gone to waste.

The tiring trainings that required the students to tune both academics and passion, and the Saturday pauses from adulthood stress the alumni experienced were all paid off by the success of the concert.

Ivory Pauline Escarro, one of the alumni of CNU-C who joined the concert expressed, “[To] be a part of the chorale is [for] lifetime; naa na gyod ang commitment sa amoa even though stressed nami sa amoang trabaho.”

On the other hand, a perfect duet of happiness and intimidation sang at the back of the members’ head on days of rehearsals and performing with the alumni, knowing that they were the ones who had built the name of the chorale.

During the event, the group’s vocal consultants Ritchie A. Asibal and Teodula Liz Cal stunned the audience with their solo performances on “We Are the Reason” and “Light of a Million Mornings”.

One of many songs that were sung are the Pater Noster by L. Delgado, Let’s Go Caroling by Sterling, Have Yourself a Merry Little Christmas by Hanson, Feliz Navidad by Rooze, and Joy to the World by Handel.

As the special night neared its end, they performed local songs that hit close to heart such as Pasko Na, Sinta Ko by Cabasura, Sa Paskong Darating by Ramos et. al, Corpin’s Pasko sa Amoa and Ting-a-ling, marking a lasting memory to the listeners.

Music was the life that came when He first cried. With the tiles on the keyboard and strings of the violin, the voice of CNU-C gave birth to a night of spectacle and thanksgiving—one as blessed as the eve of His coming.