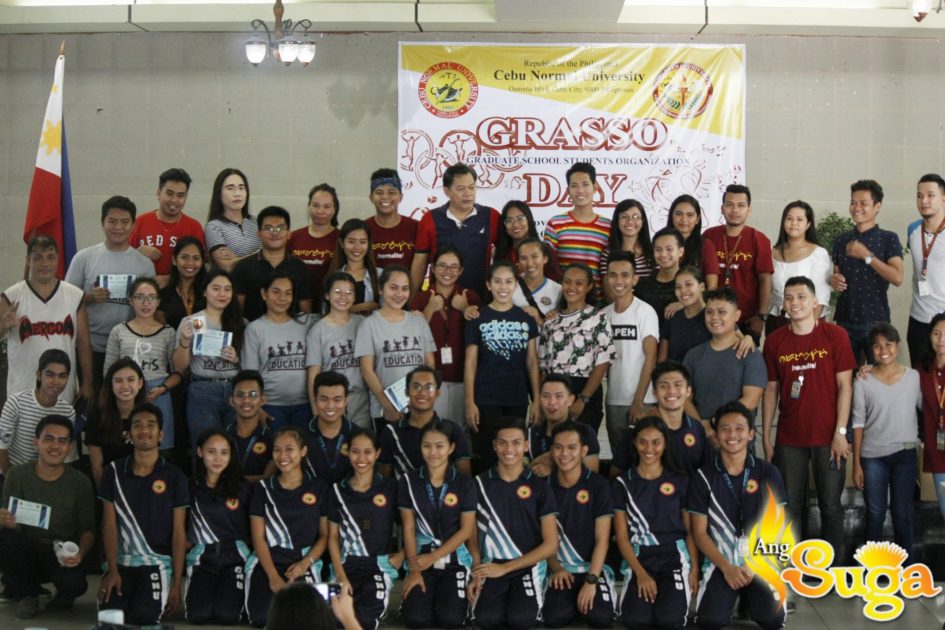 What was once an event geared towards re-experiencing graduate students’ avenue to escape hefty loads of paperwork has finally made a comeback.

In an interview with Ang Suga, Hon. Angelito Cabanilla, GRASSO President, shared that the event had been discontinued last 2017 and 2018 due to busy schedules of the former officers.

After the short program in the morning, the participants played Larong Pinoy without associating themselves with their respective departments.

Meanwhile, the amusement radiated during the afternoon session as board games such as scrabble and chess preceded in SM Hall.

Serving as the event’s culmination, winners from the different games and sports were awarded during the latter part.

The following is a list of winners for GRASSO Day 2019: