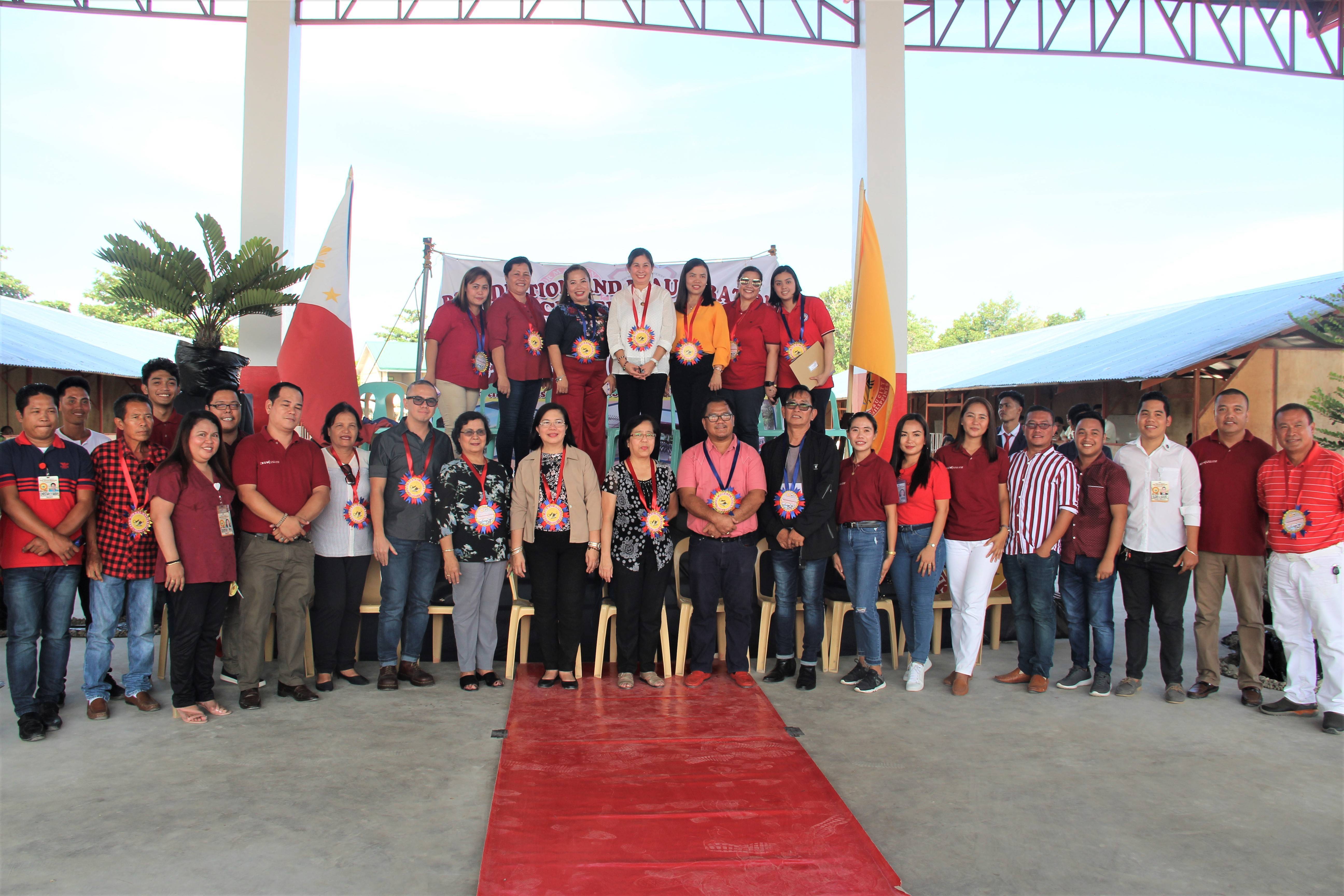 A new covered court in the CNU-Medellin campus was inaugurated and turned over to the Cebu Normal University Administration on August 16, 2019.

The said covered court was constructed through the efforts of the former congressman, Hon. Benhur Salimbangon, as a realization of a promise he made when he once chanced to pay the campus a visit.

The inauguration ceremony was attended by the administrative officials of Cebu Normal University led by the university president Dr. Filomena Dayagbil, the entire CNU-Medellin community headed by its campus director Dr. Grace Malaga, Local Government officials, and other stakeholders. Congresswoman Janice Salimbangon of the 4th district of Cebu, the better half of the former congressman, attended the ceremony in his stead.

The ceremony started with a benediction led by Medellin parish priest Rev. Fr. Camilo Agustin Villamor and was followed by a ribbon-cutting ceremony done by both President Dayagbil and Congresswoman Salimbangon.

The honorable congresswoman expressed her happiness of finally being able to turn over the said covered court as a gesture of good faith to the diligent CNU students of Medellin.

Dr. Dayagbil in her acceptance speech expressed her gratitude to the Medellin LGU especially to the former congressman and the incumbent congresswoman for their support in the delivery of higher education in the Municipality of Medellin. She further lauded the highly efficient job of the project contractor headed by Engineer Greg Cataquez Jr. for the speedy construction of the said covered court and the CNU-Medellin workforce for their cooperation and unity that led to the success of the ceremony.

The ceremony ended with a song number and a flash mob presentation from the entire CNU-Medellin family. (KRR)