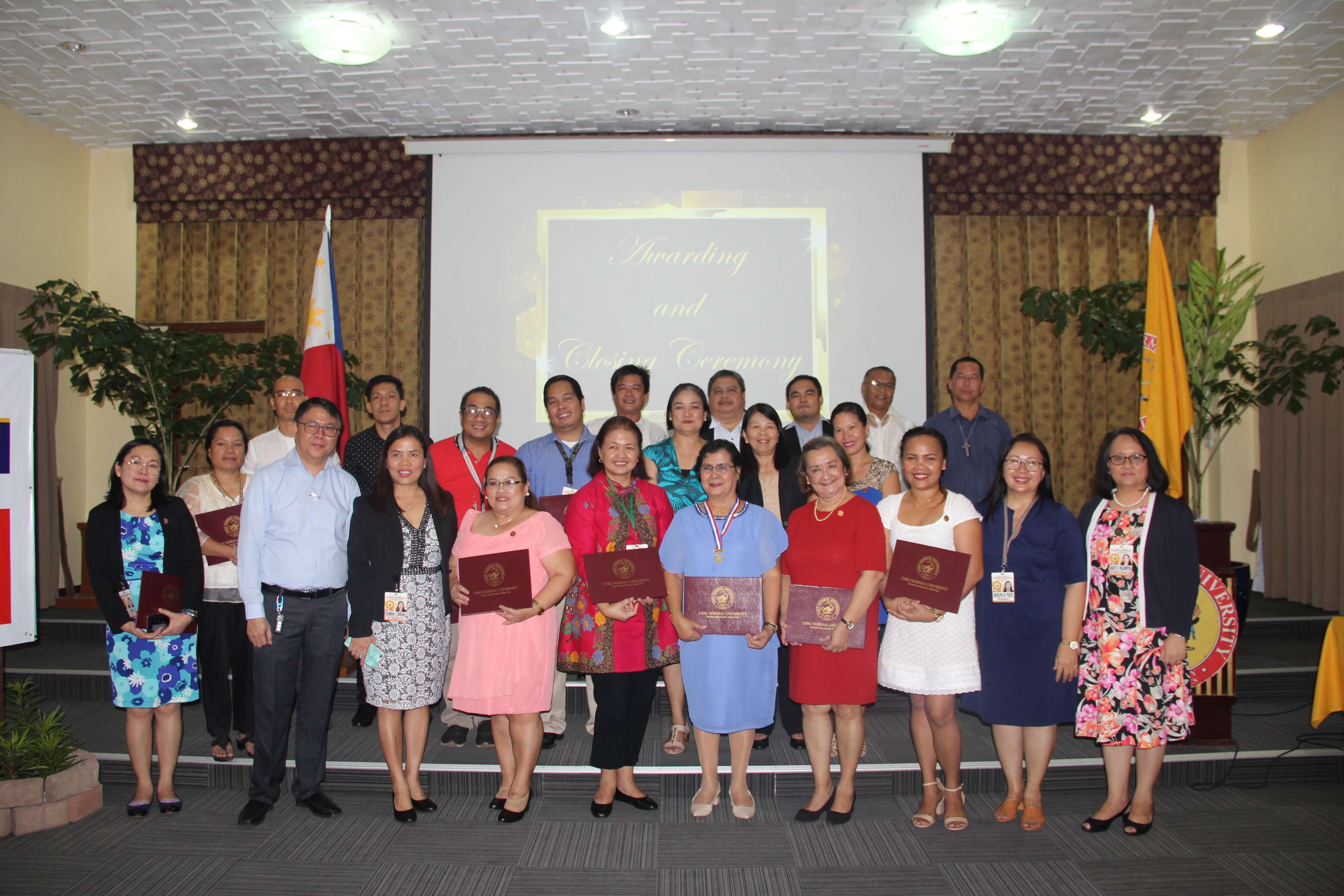 CNU faculty and staff who have spent 10 years in government service and more were awarded as part of the closing ceremony of Civil Service Commission (CSC) Month celebration in the University.

The event was attended mostly by permanent faculty and non-teaching staff of the institution with the presence of the administrative council.

27 personnel were acknowledged as loyalty awardees this year. Each has been given a pin or ring symbolizing their number of years in public service.

The awardees are as follows:

Dr. Floriza Laplap, Presidential Assistant for Planning and Development, said that the work of a public servant does not end with the closing of the CSC month celebration. Integrity in service must be practiced to attain trust in the community.

“As public servants, we should be trustworthy. We should be serving the public with integrity, accountability, and responsibility,” she said.

Atty. Ariel Bacatan, CSC Acting Director IV also graced the occasion by sharing some cases to be considered as a government worker. He reminded all those present that, ‘’our role as civil servants is to render service.”

Atty. Dominiciana Bandala, Vice President for Administration who is an awardee for her 40 years in government work, thanked the school for the award and inspired her colleagues to be honest and dedicated in their work.

Atty. Bandala is now a recipient of two gold rings. She was the first one to be given a gold ring back in 2014 with her 35 years of experience in public service in CNU.

Eleazar Ledamo, Security Guard I who also received a gold ring for his 35 years of service said he felt honored to receive the award in the institution where he has spent most of his lifetime.

In an interview with Ms. Mary Margaret Cornejo, Human Resource Management Office (HRMO) Head, she said that it is vital to give recognition to loyalty awardees believing, “competent and dedicated people are the reasons behind the success of any organization.”

The updated CNU website was also launched during the event showing its new features differentiating from the older version.

The awarding and closing ceremony ended with the singing of CNU hymn after the closing remarks from Dr. Angeline Pogoy, Vice President for Research Extension and Publication thanking those who helped made the event possible and congratulating the awardees, and winners of the different competitions. (JDF)