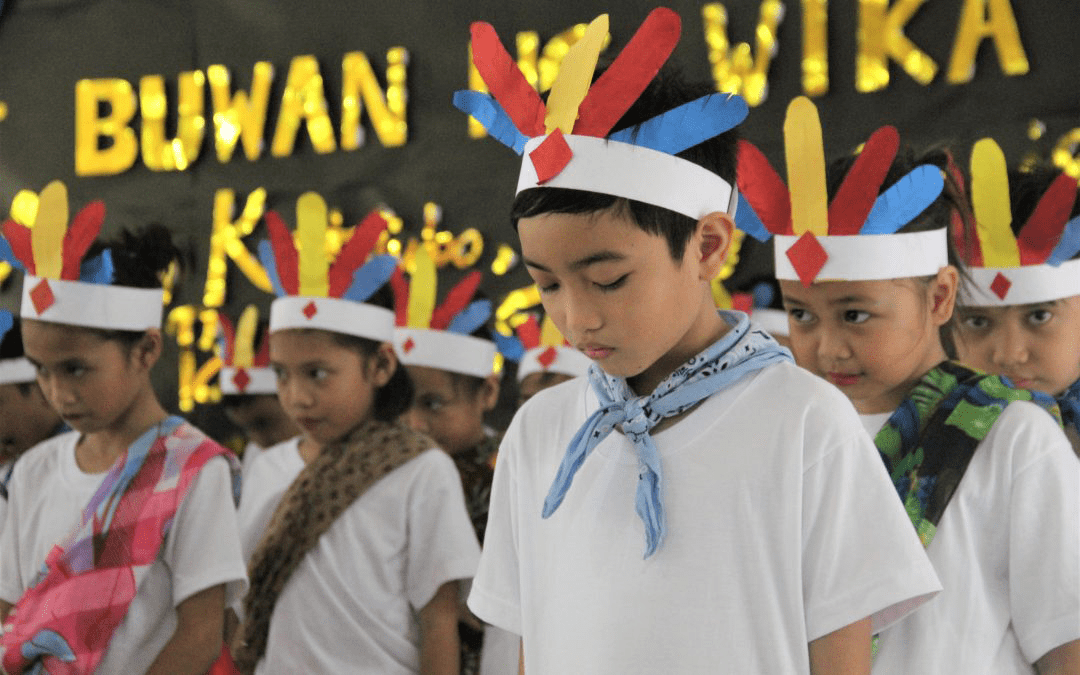 LOVE for Filipino language and nationalism is evident as CNU celebrates the Buwan ng Wika through a series of culminating activities by the Kabataang Pilipino sa Larangang Akademiko (KAPILAK) and the Integrated Laboratory School (ILS).

KAPILAK, an organization formed by BSED and BA-Filipino major students culminated the August month through a program last August 28, 2019 which was participated in by 1st and 2nd year students. A contest on “tula” or poetry and “balitaw” or song was conducted during the day, and a “Pakighimamat” was done in the afternoon with games to foster camaraderie within the students.

Dr. Rowena Largo, Department of Filipino Tagapangulo encouraged the students, “Pagyamanin at payabungin ang ating sariling katutubong wika kasabay ng pagpapaunlad natin ng ating kultura (Let us enrich and develop our own native language with the growth of our own culture),” she said. Dr. Romeo Macan, SWAK Director tells KAPILAK students that they are on the right track in choosing Filipino as their major. / Photo by John Paul Fajardo KAPILAK officers are holding the banner indicating the Buwan ng Wika celebration during the parade. / Photo by John Paul Fajardo

He also reminded all who were present to commemorate the “Araw ng Panitikan” which takes places every April 2. He said, “Hindi lang Buwan ng Wika ang dapat nating pag-isipan, kundi pati na rin ang Araw ng Panitikan sapagkat si Panitikan ay nagiging kaluluwa ng ating pagiging taga-Cebu, pagiging taga-Region 7, at pagka-Pilipino (We should not only think about our Language Month but also our Literature Day because Literature is the soul of our being a Cebuano, being in Region 7, and being a Filipino).”

According to Macan, the whole event can be summarized into two words – Pambansang Pagkakilanlan, to remember our identity as Filipinos. He said it is important since “binalot tayo unti-unti ng ating teknolohiya (we are slowly being veiled by technology),” he said.

On the other hand, ILS elementary and junior high school students concluded the Filipino month on August 29, 2019 with a series of contests. Mr. Renan Elcullada, ILS Supervisor emphasizes that the heart and mind truly makes one a Filipino in his message to the students. / Photo by John Paul Fajardo

Mr. Renan Elcullada, ILS Supervisor shared that it is not the external characteristics of a person but the heart and mind of an individual that makes one truly a Filipino.

Classes from Grades 1 to 3 competed for the best interpretation of the folk dance, Itik-itik. Grades 4 to 6 vied for the best dance interpretation of the song, Ako ay Pilipino and Grades 7 to 10 students battled in two contests, namely Pagbalita and Sabayang Pagbigkas. Different groups from the junior high school level contended for the best news presentation and Ernesto Genesis Mercado Guevara’s piece, “Wikang Filipino Sagisag sa Pagka-Filipino.” The contest in majority was won by the elder group of the students. (JDF)