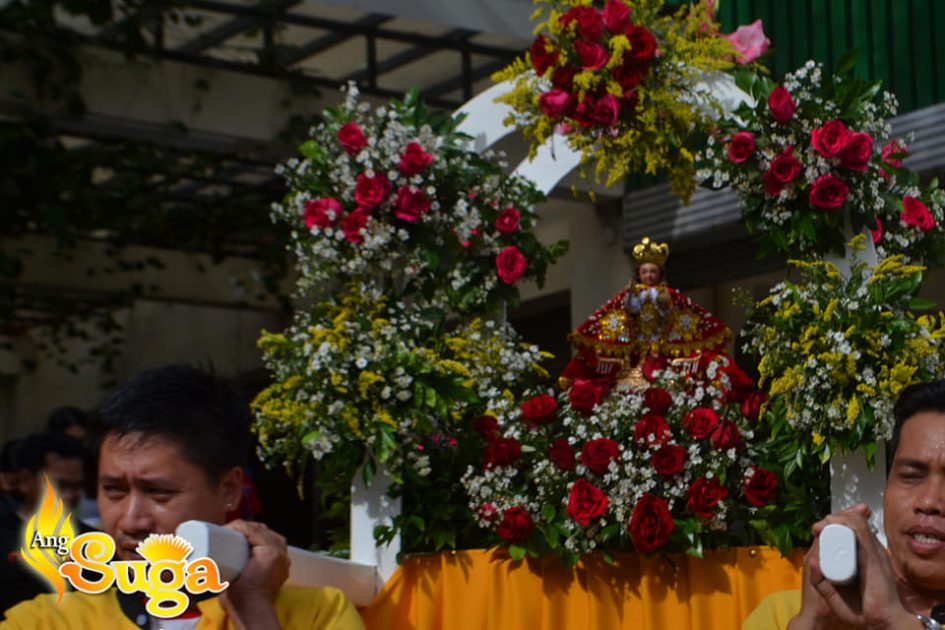 The event started with a solemn mass; and was followed by a novena, having stations located around different spots in the university.

In an interview with Ang Suga, Dr. Filomena T. Dayagbil, SUC President III, said that the event’s importance is “to embed” the cultural heritage of Cebuanos in the minds of the students and of the entire community.

“More than anything else, kinahanglan kita nga mga naa sa university will actually remember the historical perspective and the faith that comes with it,” she furthered.

When asked about Sinulog being an annual celebration of the university despite of the diverse religions and philosophies exisiting in the campus, Dayagbil explained that it was “more of voluntary” and not about religiosity.

“Ang atoa gyod nga gi-emphasize is the celebration of culture and heritage of Cebu, and part of which is faith,” she added.

Dayagbil concluded that awareness and appreciation of the culture is needed in order to also appreciate what others have shared.

Reminiscing the rich cultural heritage of Cebu and highlighting prominent male figures during the Spanish colonial period, CNU kicks off “Asoy sa Paghari: A Retrospection of Friendship and Faith”, at the Samuel MacClintock Hall, right after the novena.

This aimed to recapitulate the city’s early life; and also showcase masculinity in a contrasting event “Festival King”, the male version of last year’s “Festival Queen”.

The segment “Industry of the Past” commenced, showing the livelihood of Cebuanos during the pre-colonization period, through interpretative dances performed by the CNU Kudyapi Folkloric Ensemble.

In an interview, Omega said that it was necessary to exhibit the character’s courage, which the Battle of Mactan hero was known for.