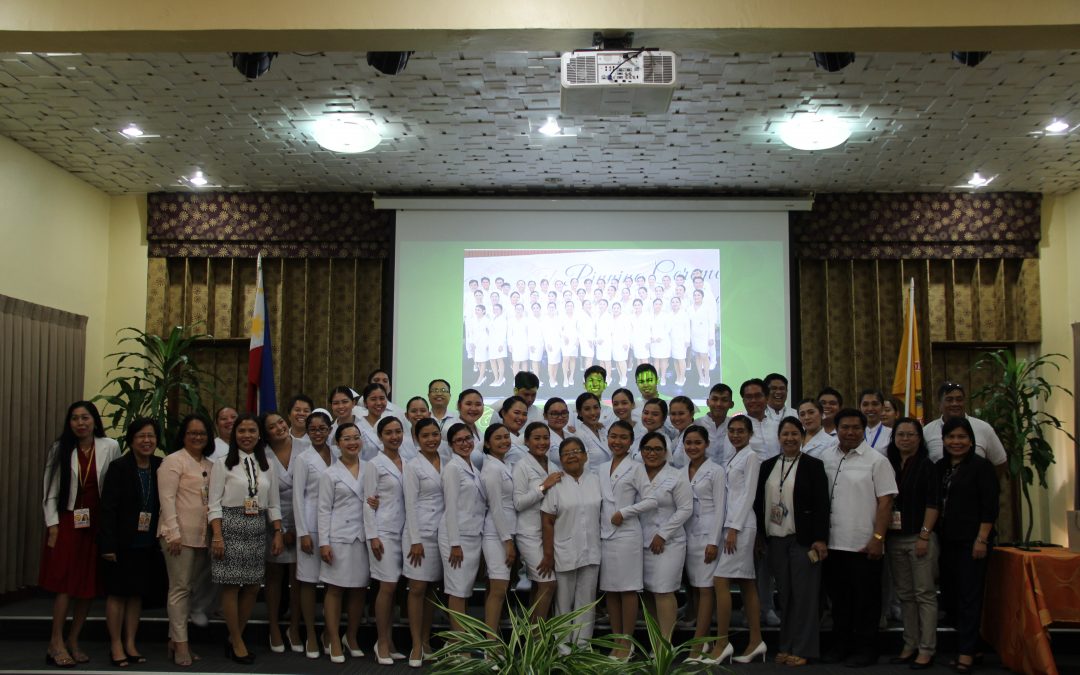 Certified nurses from Cebu Normal University (CNU) who recently passed the 2019 Nursing Licensure Exam (NLE) were ecstatic as they were acknowledged during the Honoring Ceremony organized by the CNU-College of Nursing (CN).

Fellow CNU 2019 NLE passers enthusiastically cheered and made loud noises as the topnotchers of their batch were called to give their message during the event which inspired the nursing students from the lower batches (levels 1 and 2).

Members of the administrative council also gave messages to the students along with the parents, guardians, and teachers who witnessed the occasion that took place last Monday, January 27 at the CNU Tandang Sora Hall.

Dr. Daisy Palompon, Vice President for Academic Affairs, who is a nurse herself credits the culture of excellence in CNU: the administration, faculty members, and parents; and the learners as the basic foundation why CNU CN has kept the 100 percent passing percentage in the NLE for 10 years.

She said that the right environment, right people, and right students combined is CNU’s formula of success.

Dr. Filomena Dayagbil, CNU President, acknowledged the Parent-Teacher Association (PTA) who sponsored the event and the parents who have supported the graduates.

“Excellence has been our way of life,” Dayagbil said that it is CNU’s open secret why it has produced topnotchers for successive years.

She said that excellence is embedded in the culture of the University. She challenged the NLE passers to utilize the excellence that they have honed in the University to create significance in their future workplaces.

43 CNU nursing students from class 2019 took and passed the November 2019 NLE. Two of which are Jasmin Claire Tamang and Jorel Franco Antone Tangpuz who secured the 4th and 5th places respectively. Class 2019 batch is the 10th batch to garner a 100 percent passing percentage since 2010.

Tamang shared that it is her dream to become a nurse since she was young. She said that dreams are valid and attested that they really can be attainable.

Tangpuz imparted the importance of having a growth mindset than that of fixed mindset; to be malleable for change and development which he learned along the four-year journey in college. He encouraged lower batches to have the initiative to take hard projects and activities as an opportunity to learn and become experts in the field. (JDF)