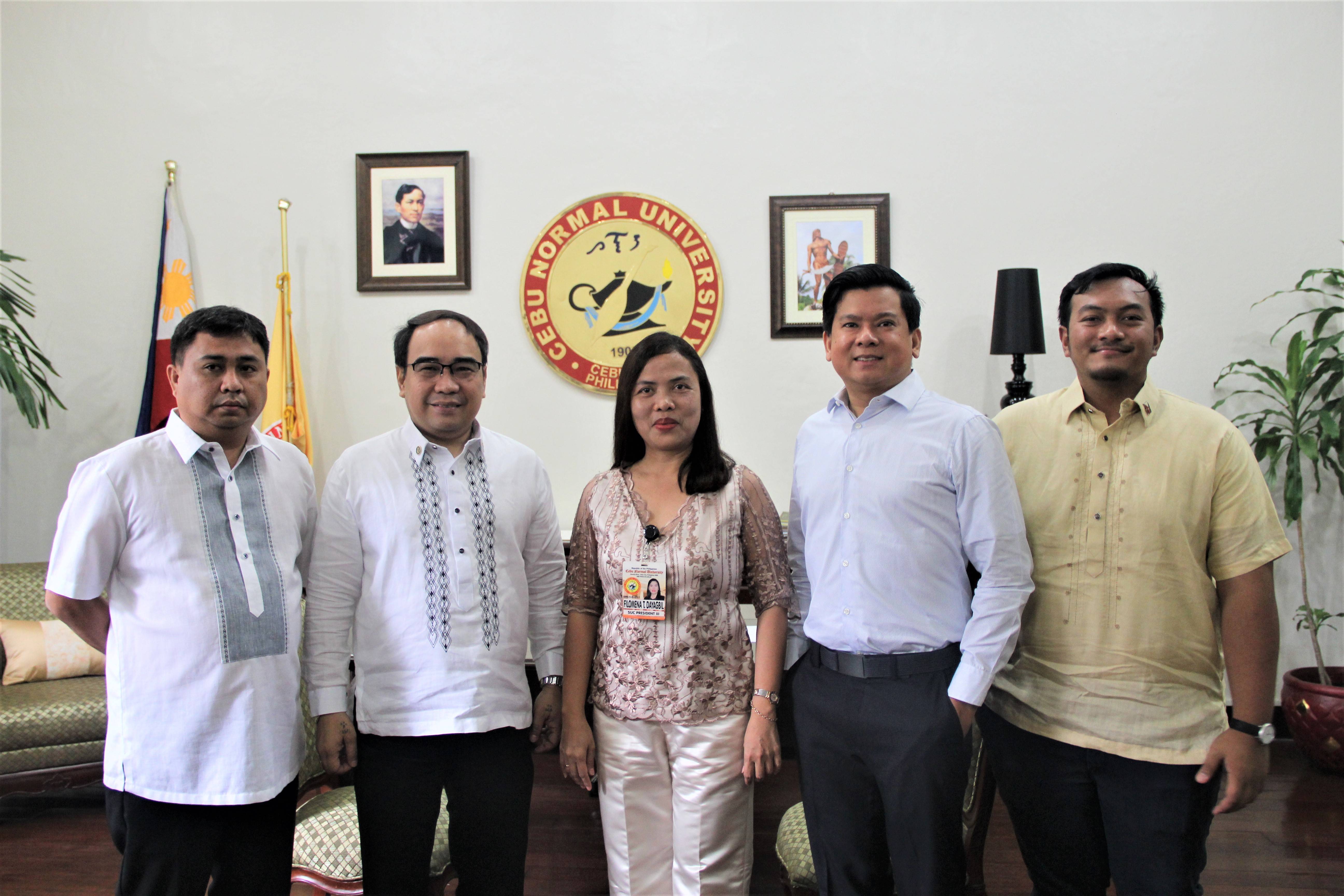 Cebu Normal University (CNU) hosted the 2019 PCOO (Presidential Communications Operations Office) Roadshow and Campus Caravan which aimed at propagating the Freedom of Information (FOI) Program of the Administration on August 27, 2019.

The FOI Program is an initiative of the government to enable the public to access government data or information. This was implemented in 2016 by virtue of Executive Order (EO) No. 2, series of 2016 by President Rodrigo R. Duterte. The FOI program is used for transparency in government offices, accountability in public officials, academic research, and innovation of programs and projects.

The multisectoral roadshow, which took place in the morning, was attended by different sectors including national and local government units, civil society organizations, non-government organizations, academe, and the media. Topics covered discussions on FOI, Safeguarding Press Freedom in the Philippines, and Rehabinasyon; a program related to anti-illegal drugs.

The FOI Campus Caravan followed in the afternoon which was attended mainly by CNU educators and students. It focused merely on Freedom of Information and on how this initiative of the government can be an essential tool for academic research that students may be able to utilize.

According to Atty. Kristian Alban, PCOO Assistant Secretary and FOI Program Director, “Government is a rich source of information that you can use to improve your life.” He said that what we read and search online may not be true and FOI may help verify it.

The request may be done two ways: the standard way where one is asked to fill out a request form in paper; and through the eFOI portal. The general public can now request information, public records, data sets, and official records from the 452 participating government agencies for free. A certain amount will only be charged if the requesting party wants the document to be printed out and delivered by mail. The standard transaction period takes 15 working days. The average period is seven working days but depending on the complexity of the document requested, it may take longer.

During the campus caravan, a Memorandum of Understanding (MOU) between the PCOO and Cebu Normal University was signed. This MOU requires the university to intensify its information dissemination drive on the FOI program including teaching it to the students in varying levels, empowering the library staff to assist on FOI related concerns, and designating an FOI student ambassador among others.

CNU Supreme Student Council (SSC) President Neil Joseph Iyog, was appointed as the FOI Student Ambassador of CNU. He urged his fellow Normalites “to be vigilant, engaged, have the initiative to be watchful of our government’s actions.” He also added to always advocate for a government that puts the people first. Iyog ended his speech by stating “it is in being informed we are empowered.”

The caravan ended by the signing of FOI Freedom wall signifying everybody’s commitment to support the FOI program of the government. (JDF)