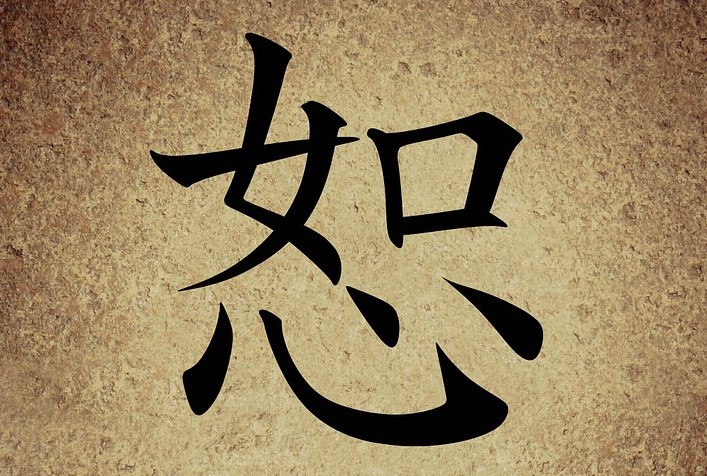 At times when an outbreak takes place, verification is essential so as not to cause commotion and panic. This is what we learned from a foreign student who fell victim of fake news proliferation over his rumored ‘infection’ of the dreaded Coronavirus Disease 2019 (COVID-19).

Yan “Kris” Tian, a first-year BA Literature foreign student in Cebu Normal University (CNU) who hails from China has been subjected to speculations of acquiring the said virus.

Kris hails from Nanjing City in the Jiangsu Province in China which is approximately 536.4 kilometers away from Wuhan City, the epicenter of the epidemic. He flew back to his hometown last December 20, 2019 for a short vacation and came back to Cebu on January 9, 2020.

At the first week of February, Kris started to have a cough. Fully aware of the outbreak currently happening in his country, Kris was careful enough not leave things to chance and immediately visited the University Clinic to consult the physician. The doctor even advised him to pay her a visit daily in order to monitor his cough.

Kris did not show any other respiratory symptoms besides cough and therefore did not qualify to be considered a Patient Under Investigation (PUI) according to a Department of Health (DOH) personnel the University physician spoke with.

In an interview with Kris, he said he has respiratory problems since he was young and would often get coughs from slight changes in the environment.

Other than the frequent coughing, Kris felt perfectly fine and could even be seen around the campus with his usual happy disposition.

The next thing Kris knew, rumors about him contracting the virus have circulated in social media. It was even said that he passed out twice because of it.

Kris found this odd and funny at first but later on pondered how things were blown out of proportion. He couldn’t help but think how unfounded information can affect people’s regard towards him.

“I saw that the virus brought distrust upon people, not just in my case, but across the Philippines,” he said.

Despite this, Kris had his friends’ best interest at heart.

“These rumors imply that I would put my friends in danger,” Kris said in a letter he wrote.

“It is funny how people, under the influence of fear … automatically assumed that I have taken no precaution at all and have no regard for the safety of everybody else,” he added.

Kris calls for sensitivity and says that “what happened to me must never happen again” or to anyone in general.

He said that his experience is a reminder to “retain our ability to think logically” and that “blind judgment is only made more dangerous by dire situations.”

Amidst the speculations and rumors he was subjected to, Kris maintains a good regard with Cebu and her people he hopes to build friendship with.

“I still love Cebu and her people … I saw in my Cebuano friends a great deal of honour, dignity, wisdom and true friendship,” Kris said.

“I found merit on this land that is foreign to me and I believe that a Chinese man can be a friend to the Cebuano people,” he added. (JDF & KRR)

Here is a full copy of Kris’ letter:

The virus struck and everyone was worried. Of course they were. I was worried, too. I looked through all the places I have been to for the past month just to make sure I am not exposed to any potential carriers. And then I was sick at the particularly bad time. Concerns were raised and I said, “Okay, it’s for the peace of mind. I will walk off.”

“I will stay out of school for now so people can stop worrying.” So I said to myself. Hopefully this will calm their nerves. These are trying times, and people will worry. I cannot possibly blame them for that, can I?

Then funny things started happening. I heard I was infected with the new coronavirus. I heard collapsed in school. In two places. Is that my superpower now? Showing up at two places at the same time while being unconscious?

I would say a part of the problem is the fact that some people do not know me well enough. Let me elaborate.

These rumors surprise me, because their implication is beyond absurd. Would I still decide to walk into my university, if I knew there was a chance that I might be infected with a potentially deadly disease? Do I risk causing an outbreak just so I can go to classes? Do I hide a potential deadly disease? Do I hide a potential infection and risk the lives of those that I call friends, just so I can sit in a classroom and pretend nothing is happening, until the disease goes away or strikes me down? Had people known me any better, they would realize that I will never do such thing. These rumors imply that I would pit my friends in danger for any price. It is funny how people, under the influence of fear or whatever motives there are, automatically assumed that I have taken no precaution at all and have no regard for the safety of everybody else.

The irony only intensifies when the Department of Health did not even put me under investigation, yet the aftershock of the commotion caused by these rumors continued. And there I was, sitting there, feeling fine and fit for class, with a sore throat from answering too many phone calls and talking to those who were “brave” enough to visit me… That was when I decided to write this for all of you to read. I must talk to you somehow, for although I am at the center of this event, this event is not really about me.

First of all, what happened to me must never happen again. I am not the only international student here in Cebu Normal University. As far as I know, there is at least one Korean student here, if not more. If another contagious disease breaks out in Korea (Let us hope this never happens. This is purely hypothetical), we cannot allow the same thing to happen on the Korean student, or students. I have suffered through this, so let me be the proof of how pointless and unintelligent these commotions are. Do not let the same thing happen to anyone else. It is utterly insulting to assume someone would do you harm, while they care deeply for your safety. While I still have enough fortitude to discuss the issue and keep my heart open, the damage can easily be permanent and overwhelming for someone less sturdy. It is good that I am the one to take the hit this time, for I am not crushed and I will do everything within my power to ensure that there is no next time.

This is also a reminder that we must, at all times, retain our ability to think logically. If people actually calmed down and thought about it, they would have come to the same conclusion that the authorities and I came to: I did not have an opportunity to be infected with the New Coronavirus. Let me remind all of us: We are in a university. One of the good universities. If we do not think, no one will. While a clear head is made more valuable in times of crisis, blind judgment is only made more dangerous by dire situations.

As for whoever started the rumors, I personally have no interest in seeking them out. They are not my enemies, whatever their motives might be. They could simply be concerned and did not know what was going on. Or perhaps they saw me as a risk and wanted to minimize the risk. That would actually be a noble motive. Sometimes even the noblest of intentions will drive us into unwise decisions. I have made the same kind of mistakes before and I can understand that. These people are not my enemies. If they were my friends, they are still are. But are they are going to believe me when I say so this time?

Let us also talk about where I stand at a personal level, as many were interested in knowing if my opinion on things have changed because of this event. I love Cebu. I loved Cebu and I still do. I love our university, this city and this country because of the people. That will not change. A lot of things has happened, but I still love Cebu and her people. I know that those times that I have been wronged will not represent the spirits and hearts of the Cebuano people. I saw in my Cebuano friends that you are a people with hope. For all of that, I have loved you before and I will love you still.

I gave up a great deal of things coming to Cebu to study. I forgot what a hot shower feels like. I forgot what it feels like to be sleeping in a bed that is not too short for someone my size. I forgot what it feels like to have a spotless white walls and a solid wooden floor… But despite all of that, time after time, I choose to stay. And I will continue to choose to stay. I came here with an open heart, and even after everything we have been through, it remains open. I found merit on his land that is foreign to me and I believe that a Chinese man can be a friend to the Cebuano people. Now that the friendship has been harmed, I only seek to amend the situation and rebuild from what has been struck down. There is no fear in my heart, for I know time will prove it that I mean no harm and I am a friend. With the entirety of my soul and what strength it can conjure, I give you this letter. May it reach your eyes and ears. May the truth weather the storm and prevail.