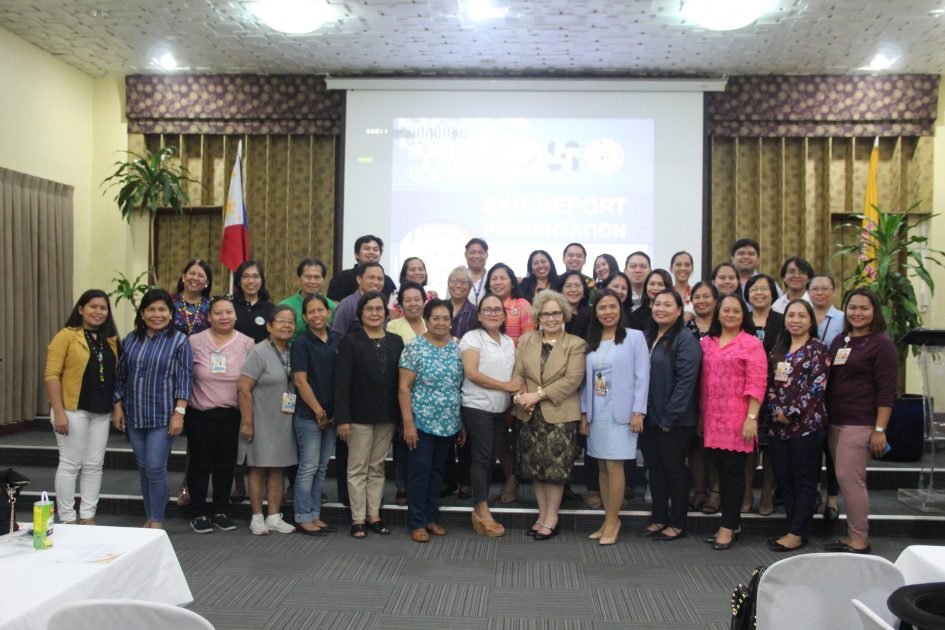 Balik Scientist is a program of the Philippine Council for Health Research and Development (PCHRD) of the Department of Science and Technology (DOST) which encourages migrants who are naturally born from the Philippines to be back in the country to share their field of expertise to develop ways that could benefit people in the locality.

It is strengthened by Republic Act No. 11035 otherwise known as the “Balik Scientist Act” which was signed by President Rodrigo Duterte in June 2018.

Dr. Rose Eva Constantino, Department of Health and Community Systems Associate Professor of the School of Nursing in the University of Pittsburgh, USA became a Balik Scientist Awardee in 2017 and did her project on “The HEARTS of Older Filipino in Manila” with Centro Escolar University (CEU) as the host University.

HEARTS is an acronym which stands for health, experience of abuse, resilience, technology use, and safety. She extended the research project in Pittsburgh where she now resides and afterwards applied it in Cebu naming it “Assessing the HEARTS of Older Persons in Cebu City” after she became recipient of the award again this year. She then choose CNU as host institution to aid her in propelling the project that gained similar results from what she had previously conducted.

An Exit Report Presentation took place last October 23, 2019 at the CNU Tandang Sora Hall where Constantino presented the results of the project which was done in four barangays in Cebu, namely Guba, Buhisan, Lahug, and Labangon.

It was attended by representatives from the different barangays who were respondents of the research project, stakeholders, and members of the CNU administrative council.

The research study showed that pain is generally felt by persons in old age but with less worsening symptoms on anxiety, depression, and fatigue. Symptoms of worsening sleep disturbance and pain were more visibly felt.

Respondents who are 70-79 years old experience anxiety and fatigue and those who are 80 years old and above experience depression.

The study also presented that older persons who hold higher degrees in education were able to report abuse more and have better physical functions, social participation, and fewer sleep problems.

Resilience does not show a clear pattern or direction. The findings suggested that greater resilience in older adults reduces the risk of developing depression, fatigue, and pain interference. Resilience may not be influenced by sleep disturbance and anxiety among older adults but are expected consequences when older adults experience depression.

Older age group who use technology through mobile phone and social media had better scores in physical functioning and social roles but scored higher in anxiety and sleep disturbance.

Those who do not use mobile phones are also said to have worst experiences of depression, fatigue, and pain interference.

“I am so happy to have CNU as the host institution,” Constantino said as she recalls her experiences in conducting the research project for two months with her co-investigators from the University.

Dr. Filomena Dayagbil, CNU President also thanked Constantino for the collaboration which added to the school’s deliverables in the areas of instruction, research, extension, and publication. She said that the gathering is a celebration of gratitude, achievement, friendship, and of powerful collaboration.

Laila Labonite, Balik Scientist Program (BSP) Secretary of DOST-PCHRD read Carina Rebulanan, Divison Chief of the Institution Development Division of DOST-PCHRD and quoted “We are grateful for Dr. Constantino’s involvement in the Balik Scientist Program who despite the imperfections of the program has chosen to temporarily leave the comforts of her life abroad to respond to our distress called to share her time and expertise and services and be one with us as partners in harnessing Science for the people.”

“We did not only get a mentor, a researcher in the midst of our University in the presence of Dr. Constantino, but we also received a gift of friendship,” said Dr. Daisy Palampon, Vice President for Academic Affairs who is also part of the proponents of the research with Dr. Laurence Garcia, Director of the Center for Research and Development. (JDF)